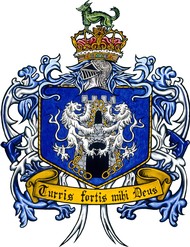 The Irish name Kelly has a long Gaelic heritage to its credit. The original Gaelic form of the name Kelly is O Ceallaigh or Mac Ceallaigh and is derived from the word ceallach, of uncertain origin, traditionally said to mean “bright-headed.” Alternatively it could mean “contentious” or “strife” which has been adapted by recruiting sergeants to mean “Brave Warrior” in many English-speaking armies (such as that  of the Irish Army, British Army, and Australian Army). It also could mean ceall “church.” It became Kelly from the anglicized pronunciation of Ó’Ceallaigh, the Irish form of the surname meaning “descendants of Ceallach.”The green valleys and mountains of Ireland certainly have produced many distinguished family names, not the least of which is Kelly.

Researchers found that the family name Kelly was first used in southwest Ireland south of Dublin where they held a family seat from very ancient times. The Kelly surname is conjecturally descended from King Colla da Crioch, who died in 357 A.D.

Many variations in spelling have been found. The surname was from time to time spelt Kelly, Kellie, O’Kelly, O’Killia and these changes in spelling frequently occurred, even between father and son. Also translations from the Gaelic varied, and there were preferences for different spelling variations usually from a division of the family, or for religious reasons, or sometimes for patriotic reasons. Church officials and scribes spelt the name as it sounded, sometimes several different ways in the lifetime of the same person.

Traditionally, the ancient Kings of Ireland were descended from King Mile- sius of Spain. Milesius, a great general/king, was instrumental in defending Egypt from the King of Ethiopia. Milesius turned his attention northward to Ireland to fulfill an ancient Druidic prophesy. He sent an army to ex- plore this fertile island. On finding that his son had been murdered by the three resident Irish Kings (the Danans) Milesius gathered another army to take his revenge on the Irish. He died before he embarked on the trip. His remaining eight sons conquered Ireland.

Heremon, eldest son of Milesius, reigned in Ireland for fourteen years, along with his brothers Heber, Ir, and Ithe. They named the land Scota or Scotia, their mother’s name, the land of the Scots. This name would later be taken by the Irish King Colla in 357 when he was exiled to Scotland leaving the name “Ir-land,” land of Ir, youngest of the four sons of Mile- sius, to the Emerald Isle. The four Irish kingdoms eventually broke into five separate nations under the High King, or Ard Righ.

This great Gaelic family Kelly emerged in later years in Dublin. The family has records in at least seven different places and many descended from the O’Kellys of Ui Maine. This branch was represented by O’Kelly of Gallagh, one of the few Clan chiefs to be designated “Chief of the Name.”They are recorded in the “Four Masters” as being especially hostile to the English in 1518. The O’Kellys of Ui Maine and the other numerous septs trace their history to the 13th century. The O’Kellys in Galway also played a large part in the resistance to the English intrusions. Prominent amongst the family at this time was Daniel MacKelly.

A succession of invasions troubled the Irish people. Strongbow in 1172, Cromwell in the 17th century and then came the devastation of the great potato famine in 1845, all caused continued widespread misery and poverty, and the exodus from Ireland started slowly at first but quickly increased to a flood of people leaving. Fifty years after the famine, which was the last straw, the population was reduced to less than half.

Irish clansmen joined the armada of sailing ships which sailed from Belfast, Dublin, Cork, Holyhead, Liverpool, and Glasgow, many bound for the New World (primarily the United States of America), while some went to Europe or east as far as Australia.

In North America some of the first immigrants to bear the Kelly surname, and perhaps kinsmen of the Kelly Irish sept include Brian Kelly, who purchased land in Virginia in 1635; David O’Killia came to Old Yarmouth/ New Dennis, MA in the early 1600s, where he changed his name to O’Kelley; Abel Kelly, who was on record in Salem, MA in 1641; Andrew, Albert, Anthony, Barnard, Bryan, Charles, Daniel, David, Edward, Eliza- beth, James, John, Lawrence, Martin, Mary, Richard, Patrick, Timothy, Wil- liam, Robert, Thomas, and Paul Kelly all settled in Philadelphia between 1772 and 1890; John Kelly settled in Boston with his wife in 1765, James settled in Virginia in 1774; David Kelly and his wife Mary settled with their six children in New York in 1804; and Walter Kelly settled in Halifax, Nova Scotia in 1806.

In the New World the Irish played an important part in building the nation, they had a hand in creating railroads, coal mines, bridges and canals. They also moved westward with the wagon trains, and settled the mid west, some trekking as far as the west coast.

During the War of Independence (American Revolution) some Irish settlers fought on the American side, others were loyal to the British Crown and moved north into Canada, becoming known as the United Empire Loyalists and being granted lands on the banks of the St. Lawrence and the Niagara Peninsula. During the American Civil War many Irish formed the Irish Brigades in the great struggle of Union versus South.